The Strange Case of Ann/Ruby

The Strange Case of Ann/Ruby

The Strange Case Of Ann/Ruby

The arguments for and against the belief in reincarnation are not confined to the Spiritualist religion. However for the purpose of this essay I shall confine myself to discussing this subject from a Spiritualist perspective. My personal belief is that reincarnation is the only thing that makes sense in the light of eternal life. You see I feel certain that this brief flickering, this fragile shadow that we call life is but a short step on our pathway to paradise. What we do here whilst incarnated on the planet called Earth builds our infinite and eternal spirit, shaping us into that which we truly are. I have previously stated that I utterly reject the idea that my sins can be forgiven if I would only believe and accept in certain religious teachings. What would be the point in my life if at the end all my deeds, everything I have done, all that I failed to do, each good thing and every bad thing were eradicated, just wiped away like a little child’s tears for a lost toy. What could possibly be the use in cleansing me of my sins, did I not commit them wilfully? I do not consider myself to be a total fool, so must accept that all I have knowingly undertaken, both good and bad was of my personal volition. But what, you may ask, of those whose lives are short or blighted by illness? It is my understanding that we all live many, many lives, some term this reincarnation that is our spirit, our soul will incarnate in another body following our transition.   “A little while, a moment of rest upon the wind, and another woman shall bear me” Kahil Gibran wrote that in his poem The Prophet. Let me now tell you of the strange case of Ann who became Ruby and please, ask yourself if you believe, for dear reader this really is a true story.

At an early age Lynda Lee became aware that her mother disliked her with an intensity that bordered upon hatred. Lynda’s father loved her though and asked his older sister Mary to help raise Lynda. So it was that Mary, Lynda’s aunt, took the role that Lynda’s mother rejected. The effect was that Lynda and Mary became very close and a bond developed between them that would last throughout the years. Mary had a kind caring husband called Chris who would help Lynda with her school lessons. It was almost as if her aunt and uncle were her mother and father, but they always kept their private life to themselves. It was a family trait, secrets were secrets and certain matters were never discussed.

As time passed Lynda, who was exceptionally bright and articulate, went away to University in the city of Johannesburg, South Africa. There Lynda married and very quickly gave birth to two children. Then, almost as quickly, she was divorced. Alone in the big city and with responsibilities Lynda found herself in the arms of a lover and again became pregnant. Due to complications with morning sickness Lynda sought the help of her aunt Mary who welcomed her into the house and cared for Lynda with great compassion. On 24th May 1993 Lynda gave birth to a beautiful little girl she named Ruby Jane. Aunt Mary was by her side and nursed both Lynda and the baby to good health.

Soon Lynda Lee was able to live independently again and moved into a substantial property with a large garden and swimming pool. Aunty Mary kept in constant touch by telephone and would on occasion visit with her husband Chris. It was during one such visit, as they sat in the entertainment area close by the pool taking an early lunch that Ruby began to speak. Always an extremely articulate child she sat looking at her great aunt Mary then said ‘Aunty M, do you remember when you put me in that white box with my fluffy yellow duck?” For a moment there was absolute silence then Ruby spoke again “Why did I have a bandage on my back at Port Elizabeth?” aunt Mary who was aged 76 became extremely pale and in a trembling voice said “What bandage was that Ruby dear?” to which the child replied “The one that the doctor put on my back”. As the words left the little girls mouth Aunt Mary collapsed and fell from her chair to the floor in a faint.

Uncle Chris was on hand to help his wife Mary, he lifted her from the ground and carried her to a bedroom where she quietly recovered. It was later that afternoon that Lynda discovered what had happened to her aunt. It seemed that some years ago, over thirty in fact, in the year 1960, Aunt Mary and her husband Chris had a child born, they named her Ann. No one knew of this as the family were secretive and it had never been mentioned as some two days following the birth the baby Ann died, she had been born with Spina-Bifida. Ann had been treated at the hospital at Port Elizabeth where her badly deformed back had been bandaged by the doctor. Despite all efforts being made the baby died and Mary with Chris had buried her in a white coffin placing beside the tiny body of their daughter a yellow cuddly toy duck to keep her happy on the final journey into the next world. “We told no one in the family, no one about this, it is impossible for young Ruby to know these things” said Sylvia holding back her tears.

Some eighteen months passed and Lynda Lee  had to visit the town of Port Elizabeth to attend the wedding of a cousin. As she was driving through the outskirts of the town with young Ruby by her side she noticed the child becoming agitated. “What is the matter dear?” she asked Ruby who quietly said “Look mum, that is the graveyard where I am buried, stop and I will show you where Aunt M. put me in the grave”. As they walked through the hundreds of headstones, down many winding paths Lynda was sure they were lost but Ruby seemed to know where she was going. In a distant corner by a wonderful old tree Ruby stopped and pointed to the ground “This is my grave” she said. In the still silence of the cool morning air Lynda stood and gazing down to where Crystal had indicated she saw a pale white marble headstone with the inscription ‘Ann Dubois, 24 May 1960 – 26 May 1960’.

Ruby Jane Lee  was just over six years old when she took her mother Lynda Lee to see the grave where the baby of her Aunt Mary was buried. When Lynda asked her how she had been born again little Ruby explained, as only an innocent child could explain, “I came back in a beautiful, better body”. Today, some fifteen or so years later, Ruby Jane Lee is an Internationally known model and yes, she is in a truly beautiful body.

I sincerely hope you enjoyed that true story given to me by a wonderful client and friend of mine in South Africa. 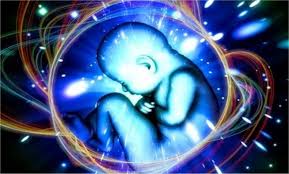