Over the years I have personally owned a number of pet dogs and have found them to be great pals, loyal and loving buddies that helped make life worth living. I had a British Bulldog called Grumbles and she could snore for the Olympic team. There was a telepathic link between Grumble and myself, if I was ever feeling sad she would come up and put her head on my knee looking up at me as if to say don’t worry I’m your friend. When I wrote my book ‘Psychic Pets’ for Bloomsbury Books they arranged for me to do a TV interview on BBC 2 show ‘Fully Booked’ and I took Grumbles with me. I had told the producers that Grumbles was an Elvis Impersonating Bulldog and they asked me get her to sing live on TV. When it came time in the TV Studio the cameras were on and I sang the opening lines of the Elvis song ‘Are You Lonesome Tonight’ whilst Grumbles just slavered and panted under the heat of the studio lights. At the end of the show the producer asked me why she had not been singing? I explained that yes Grumbles was an Elvis Impersonator but she was not very good at it.  I did laugh.

Here are some myths and legends about man’s best friend The Dog:

The ancient Egyptians worshipped a dog-headed god they called Anubis.  Many of Egypt’s temples were guarded by dogs, who were thought to see evil spirits and frighten them away.

In Chinese mythology, dogs are also thought to drive away evil spirits.  In terms of Yin and Yang, the complementary life forces, dogs are Yang, associated with light and energy.

In old Arabia, the Saluki dog was believed to be a sacred creature given to the Arab nation by Allah.

The ancient Greeks had a goddess called Hecate, who was the goddess of witchcraft.  Two huge black dogs were her constant companions, and there were numerous sacrifices of dogs made in worship of this evil being.

In Greek mythology, the gates of hell are guarded by a fifty-headed dog called Cerberus.

In North America, the Navaho and Karok Indians believed that coyotes, close cousins of the dog, were supernatural creatures.

One tribe of Amerindians, the Tinneh, had a creation myth according to which the world was formed out of the pieces of a divine dog that had been torn apart in battle.

The Iroquois Indians used to sacrifice a white dog at their New Year festival, believing that it would take the prayers of their tribe to the happy hunting ground.

An old Siberian Russian belief is that human souls enter into the bodies of animals on death.  The weakest ‘go to the dogs’.

The ancient Syrians believed that dogs were the spiritual brothers of human beings.

The Islamic religion holds that all dogs are unclean.  To call someone a dog is therefore a serious insult.

The Maori people of New Zealand believe that all dogs have souls which live on after death.

Since time immemorial, people have been telling stories about incredible supernatural dogs.  Although dogs in such stories are generally able to both see and hear spirits, they are not understood to enjoy this.  A dog sensing a ghost will usually bare its teeth and bark loudly, and the fur on the nape of its neck will stand on end.

A traditional Welsh belief is that death is brought by the ghostly hounds of Annwn.  These weird creatures are thought to be seen by real dogs, which howl in terror at the sight of these dreadful beasts.

There are many legends of ghostly black dogs that are thought to be evil.  These supernatural creatures are supposed to haunt the sites of gibbets, where criminals were hanged.  Some believe that the wicked soul of the executed took on the form of a black dog at death.  Now these spirits walk the night seeking revenge for their untimely end which they met hanging from the gibbet.

Peel Castle on the Isle of Man is reputedly haunted by an evil ghost dog.  One night in the early eighteenth century, a guardsman saw what he thought to be a huge black dog lurking round the castle gate.  Despite warnings from his fellow soldiers, he set off after the beast.  When he returned some few hours later, he was in a terrible state.  We shall never know exactly what he saw, because within two days, he was dead.  Since then the black dog has been seen many times, but no one dares to follow it.

Elisabeth Device, one of the women accused in the infamous Lancashire witch trials, had a big black dog called Bell.  She was alleged to have used this wicked-looking creature as her familiar spirit.  According to the testimony of her young daughter Jennet, Elisabeth sent the dog to kill and mutilate two brothers from nearby Barley.

In the far north of England, the dark country lanes are, according to legend, haunted by a giant dog they call the Barguest.  This enormous doglike creature has saucer eyes and massive jaws.  Some say it is waiting for victims.

In medieval Britain it was thought that a piece of a dog’s tongue hung around the neck could cure people of a form of tuberculosis.  This illness was also called the king’s evil because another supposed cure was to have the king touch the afflicted person.

One old remedy for illness was to cut a lump of hair from the sick person, place it between a slice of buttered bread and feed it to a dog.  The sickness was supposed to be transferred to the unfortunate creature.

In Lincolnshire there is an old tradition that women walking alone at night will be protected from harm by mysterious dogs that appear from nowhere.

In Lancashire it has been believed that the life of a dog is closely linked to that of its owner.  When the owner dies, the dog is expected to follow soon after.

When the king had an official residence at Greenwich, London, his hunting dogs were held in kennels on the opposite side of the river Thames.  The site of the kennels is now called the Isle of Dogs.

The dog credited with saving the greatest number of lives in England is Swansea Jack, who during the 1930s repeatedly dived into the sea from the docks and helped save as many as twenty-five dockers and seamen who had, at various times, fallen in.

There is a special award made to outstandingly brave dogs: the Dickin Medal.  It is presented by the National Canine Defense League.

There is a dog star in the heavens, Alpha Canis Majoris, usually called Sirius.  The days of late July and early August are called the dog days because Sirius is then rising.  This is, in the western hemisphere, often a time of intense heat, which can drive dogs crazy. 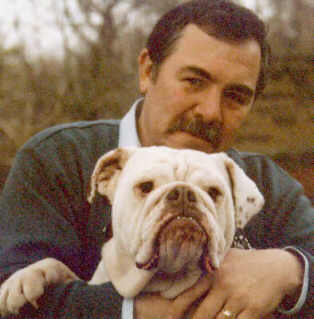