The Lion at Shrewsbury: Haunted Inn.

The Lion at Shrewsbury: Haunted Inn.

On 6th and 7th August 2012 John and his wife Mary conducted a series of psychic searches in The Lion Inn at Shrewsbury. Some of the photographs show Spirit Orbs. This 17th Century Inn is considered to be haunted, John went and tuned in to some of the past famous guests: Charles Dickens. Nicolo Paganini. Mdme Tussard. Charles Darwin. Benjamin Disrelli. John Lennon. etc.

Residing in The Dickens Suite where once the famous author slept, John found evidence of spirit activity that was captured on camera by Mary. Please see the images below and judge for yourself.

Further to this feature John received the following communication concerning hauntings at The Lion Hotel in Shrewsbury:

Dear John ,
Here are the photos that I took in the Lion Hotel Ballroom on the 11/9/2004   , It all started when I was setting up the wedding tables for my wedding the following day , it must have been about between the hours of 8.pm until 10.pm that I was doing this …. I kept feeling like something was watching me ….very creepy actually , I was quite shocked to hear someone racing up the big wooden staircase towards the room ( sounded like two people …. like the way children run ) , I could hear the door knob being rattled and then nothing , I went over to the door and there was nobody there , I looked down the staircase …. nobody there or in the area at the bottom of the stairs ( there is nowhere to go outside the Ballroom either so this didn`t make sense ) , this happened again exactly the same way ….. I looked again …nothing again …. I carried on doing the decorations ….very quickly by this point , I just wanted to get out of there and it happened again …same thing exactly ..sounded like kids again and nobody there at all , anyway I finished off and took a few photos and got back to my room , I didn`t notice until about a few months later that there are two  rather good orbs on one picture ( one large and one smaller both over on the right hand side of the picture ) .
On the second photo there is what appears to be a long cloaked floating shape again on the right towards the back of the photo by the back wall  , I have also included a photo that I took in my lounge the other day ….I was quite shocked to find 3 Orbs on that …one down the bottom ( very bright ) and the other ( not so bright but quite big ) is up by the top on the right side and a 3rd very small one over by the cushions on the right , we are always seeing things in this house …it is quite old and both me and my son saw the same thing at the same time one day , my son`s tv switches itself on regularly and we even saw his playstation scrolling through the menu while we were all downstairs looking up at the tv through the doorway….. I think my husbands thinks we are a bit mad but we really do see lots of stuff going on .
I would be really interested to see what you think about these photos ….hope you find them interesting ,
Kind Regards Mrs Nicola Chapman 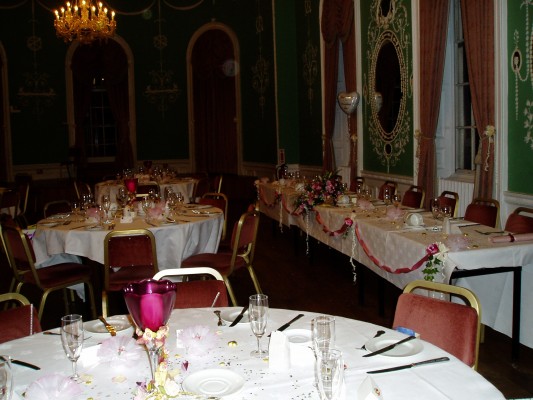 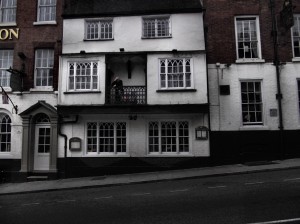 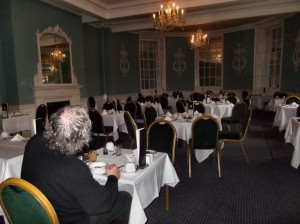 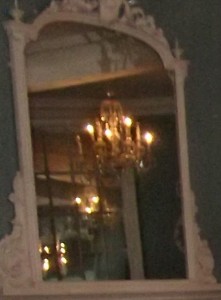 Ghostly faces can be seen in the mirror of the haunted ballroom/restaurant of The Lion Inn. 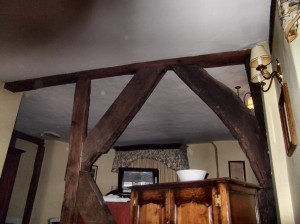 Orbs in The Dickens Suite 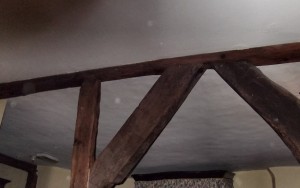 Close up of Orbs in The Dickens Suite 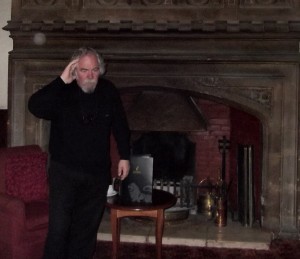 Orb by Main Fireplace in lounge at The Lion Inn

Close up of Orb by Fireplace 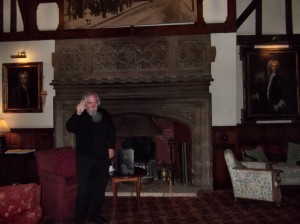 Orb in front of John by Fireplace at The Lion 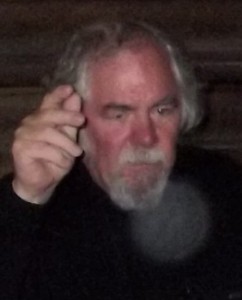 Close up of Orb in front of John at The Lion 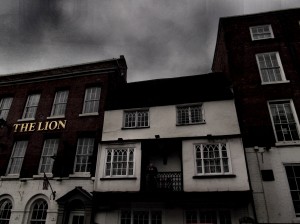 Front of The Lion Inn Shrewsbury.