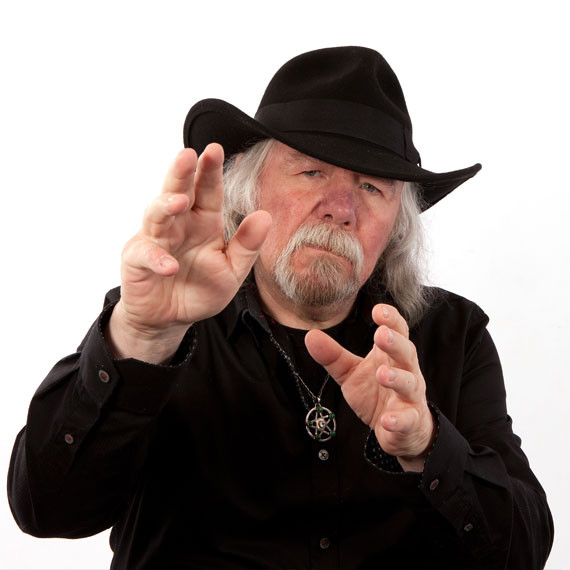 John is the resident Psychic-Clairvoyant of PsychicWorld.net and has written many books on paranormal and supernatural subjects. Among his best selling titles is the Bloomsbury UK and SCHOLASTIC USA published book PSYCHIC PETS. John has had thousands of psychic experiences since early childhood and you can read about these on this website under John’s Psychic World. He was the feature editor of the UK’s monthly journal of Spiritualism ‘Psychic World’ newspaper and John has been writing a column for this publication for over twenty two years. John G. Sutton has featured many times on network UK and USA television/radio programmes with appearances on ‘THIS MORNING’ ITV UK with Richard and Judy, on Walt Disney’s Animal Planet channel USA worldwide and FOX TV from New York. Do please enjoy your visit to Psychicworld.net and the very best way to learn more about John and his work is to read some of his many features located direct from the home page.Have the strength to dream. John G. Sutton
Real name:
John G Sutton
Website:
www.psychicworld.net
Email:
john@psychicworld.net
Skills:
Clairvoyant Medium

Submit now for your 20 Minute Reading

If you would like to get a reading from John G. Sutton then please complete the form below where on submission you will be taken to PayPal to make a payment of £40 for a 20 Minute reading ($55 approx.) or £80 for a 60 Minute reading ($120 approx)  – Once this email and payment have been received you will receive an email to confirm your time and date.

More about John – ONE AMAZING MAN WITH MANY TALENTS

John has over 30 years experience as a professional Psychic-Clairvoyant. His compassionate, caring insightful readings have been featured on TV and Radio all over the world. John’s psychic powers can help If you are seeking personal guidance on LOVE, CAREER, RELATIONSHIPS, MONEY etc.
To book a personal consultation with John please complete the form above:

John has had a number of books published by some of the biggest publishers in the world. ‘Psychic Pets’ was commissioned and published by Bloomsbury UK and in the USA by ‘Beyond Words’ and ‘Scholastic’. In 1992 HarperCollins commissioned John to write the biography of a top British Spiritualist Medium the book was published internationally titled ‘The Psychic World of James Byrne’.

John is currently the feature editor of the monthly newspaper ‘Psychic World’.

John has been a professional broadcaster for the last three decades featuring on television channels and radio in many countries. In the UK John has appeared on ‘THIS MORNING’ with Richard and Judy and numerous other main stream media programmes.

In the USA John was the special guest star on the WALT DISNEY Animal Planet show ‘Petsburgh USA’. BBC Radio 2 and 4 interviewed John and in the USA he had his own Radio Show on WBLQ New York/Seattle.

CLICK HERE TO SEE A SAMPLE OF JOHN IN ACTION

John’s love of poetry started when he was just a young man working in the dark satanic mills of Lancashire where he wrote poems and read them to the cotton weavers. His published poems include ‘I WAS GONE’ which was included in his best selling biography ‘The Psychic World of Derek Acorah’.

John has performed his poetry on BBC Radio Lancashire and in theatres and clubs across the UK. In 2015 he appeared on stage with the punk rock poet ‘Attila The Stockbroker’ and ‘Ron Ellis’ (Author).

John has written and performed many songs, composing the words and often the music as well. In 1990 John worked with the infamous trouser splitting 60s pop star P. J. Proby and created a song for him titled ‘Stage of Fools’ released on J’ACE Records.

John has recently been working in close association with the American musician and guitarist Lois J. Barin, together they have produced numerous songs all with a spiritual message.

CLICK HERE TO LISTEN TO A SAMPLE OF JOHN’S WORK 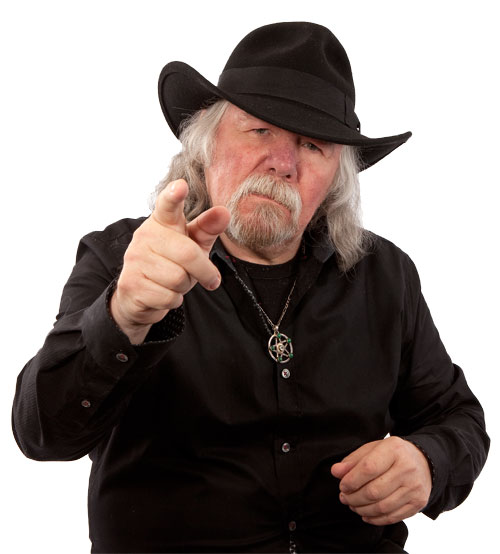 The ventriloquist dummy Mr. Styx dates from approximately 1910 and was originally used as a professional stage act in the vaudeville theatres of late Victorian England.

John performs with Mr. Styx using the dummy to convey messages from beyond the veil as he believes that this is a haunted doll that helps his psychic communications. Mr. Styx is both feared and loved by those that witness his incredible powers in the hands of the amazing ventriloquist John G. Sutton.

John writes for many national UK newspapers on a freelance basis. His work has been published in numerous prestigious publications such as ‘THE GUARDIAN’ and ‘PRIVATE EYE’. In 1994 John ‘ghost’ wrote a column in the national Sunday Newspaper ‘THE PEOPLE’ which was published under the name of ‘Kevin Horkin’.

READ A SAMPLE OF JOHN’S WORK

John has a unique ability to attract trouble with a capital T. As a schoolboy he was forever involved in battles and was thrown out of the church choir for fighting. In the Army John quickly became the Regimental  Middleweight Boxing champion and the Provost NCO in charge of the glasshouse. As a jailer at HMP Strangeways he led the revolutionary breakaway trade union the PFF. Following the massive riot at Strangeways Prison in 1990 John was called on to give evidence against the Crown.