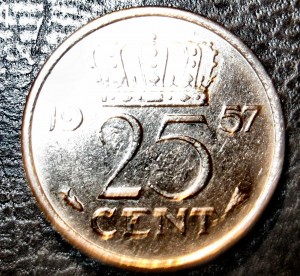 The relatively modern phenomena of white or semi-transparent orbs, that is circular shapes, captured by cameras and only visible when the photograph is processed, is a contentious issue. There are those who argue that orbs are in fact spirit lights or energy, in other words a form of ghost. The conflicting explanation is a scientific one arguing that digital cameras, especially the smaller compact cameras, when used with a flash that is located close to the lens, causes a form of retroflection from minute dust or rain particles that are, to the naked eye, only semi-visible.  The technical photographic term used to describe such incidences of orbs is backscatter or near camera reflection.

I have seen many photographs that include orbs and some are more obviously backscatter than others, so doubt about the more prosaic explanation i.e. backscatter is raised.  To the scientific mind the idea that orbs are intelligent energy or discarnate entities may appear ridiculous. To the student of psychic phenomena the purely technical concept of near camera reflection is perhaps insufficient for a number of reasons.  Let me offer some examples of orbs that without doubt were not reflections in a camera lens because they were seen by the naked eye.

Some few years ago my wife and I purchased a 42” Hitachi Flat Screen TV and it was working wonderfully well until one evening I looked and saw at the far end of our main lounge an orb. This orb was misty white, about the size of a golf ball and it drifted slowly across the room, I tried to get my wife Mary to see this but she couldn’t. I watched this orb as it moved forward to the near new TV set and in it went, right into the front of the screen and it vanished there obviously inside. At that point the TV changed channels by itself, from one station to another. We had been in the middle of watching a programme so were not best pleased with this interruption but try as we might the TV would not stay on the channel we wanted. Then the TV began to issue speech in a foreign language that neither myself nor my wife could understand. The next day I called the suppliers and as it was under guarantee they agreed to have repair staff come and check it. Some days later the man arrived and fitted a new main circuit board, he switched it on looking quite pleased with his work and the TV switched itself from one channel to another and was broadcasting a weird language that sounded like many mixed together, a sort of polyglot.  Astounded at this the repair man took it away and said they would work on it in the main workshop. Time passed and we heard nothing so I called the number he had left me and when I was connected the staff told me they could not get our TV to work. We were sent a credit note and bought another TV that stays on channel and broadcasts in English.

I recently undertook a psychic survey within the historic Shropshire towns of Ludlow and Shrewsbury. The Lion Hotel in the centre of Shrewsbury dates back to the 17th century and has had many illustrious guests including Charles Dickens, The Beatles and Charles Darwin.  My room was on the second floor which is accessed by lift from the reception area. The floors of the corridors and rooms of The Lion Hotel are all made of oak, they creak as you walk along. Twisted wooden beams support the ceilings and light from the high windows illuminates the long hallways where shadows hide dark mysterious alcoves and many turnings.  There are noticeable temperature variations down certain passages inside The Lion and one such cold spot I found between my room 205 and the lift. There was a clear fall of around five degrees and a gentle breeze from no identifiable source as all the windows were closed tight. Immediately before me was a long passageway, I saw there something move though the shape was indistinct, taking my Cannon Digital Camera I took a photograph hoping to capture an image of whatever had caught my eye. When at home I opened the file of that photograph on my PC and saw there a faint orb, within that orb I could see a ghostly face.

On returning to my room at The Lion, as I stood before the door I saw something shining silver on the rusty red patterned carpet. Reaching down I found a 25c coin from The Netherlands known as a kwartje or little quarter. The Netherlands currency is now The Euro they switched in year 2002 from The Guilder.  The coin was dated 1957 and is in near mint condition.  (on checking I discovered that such coins are actually made of silver and have value) There had been nothing on the floor when I came out of my room and I do look as being disabled I have to check carefully where I am walking.  When I asked at reception if there were any foreign  guests in the hotel I was advised that yes there were but not on the second floor and the room next to mine was empty. When I told the receptionist about the cold spot along the passageway and how I had encountered something there the lady told me that was where others before me had experienced an unseen presence. She said that during a previous psychic investigation the mediums conducting the search had stated that the long corridor from the lift on the second floor had a presence.

No doubt many readers of Psychic World will have taken photographs that have orbs within them and if any would like to share them then please do send them to me as JPG file in an email.  Do include contact details and as much information as possible.
No tags.
NextPrevious
Copyright 2015 Psychic World.net | All Rights Reserved