Recently promoted to spirit our Deputy Editor Michael Colmer spent many years trying to have the unfair conviction of the Scottish materialisation medium Helen Duncan overturned by Royal Pardon.  Michael, you be reading this and smiling I know as the battle you fought for Helen is not over but, to date this has not been won as even now over sixty years since Helen was wrongly convicted the powers that be are unwilling to accept that  she was the victim of official persecution. They now have the bare faced audacity to state that it would not be in the public interest! Really? I personally believe that the argument presented for not granting a full pardon for Helen is good evidence that she is innocent. I believe that this Government, just like the Government of Winston Churchill in 1944, dare not admit that there are supernatural powers outside its ability to control. Big Brother has to be all powerful or how could we be subjected and subjugated by the system and make no mistake about it we all are subjects of Government.

In his seminal work ‘The Trial’ the Austrian-Hungarian author Franz Kafka (1883-1924) describes the persecution of Josef K. who is arrested by the secret police and placed on trial for an unspecified offence. The book tells the dark story of how Josef K. is continually faced with oppressive officialdom that totally denies him any ability to defend himself as the charges are never specified all they will say is that this is a very serious matter. So it would have been for poor Helen Duncan, physically assaulted by her arresting police officers whilst in trance she was seriously injured and subsequently died some five weeks after her arrest on unspecified charges. In his book Kafka describes how Josef K. is eventually worn down by the persecution as two mysterious men enter his apartment, lead him away and offer him a double edged butchers  knife with which to kill himself, he declines so the two agents of the state hold him down whilst one stabs him through the heart. The last words of Josef K. describe how he has been killed ‘Like a dog’. And that is exactly the way our Government dealt with poor Helen Duncan, they treated her worse than one would treat a dog.  It is therefore, in my opinion, little wonder that even today the authorities can not admit they were wrong as that would be tantamount to an admission that if one gets on the wrong side of Big Brother then they will kill you. To admit that would not, so they say, be in the better interest of the public. 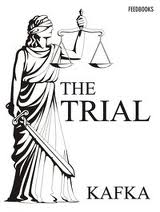 Let me look at the potential reasons why the Churchill Government of 1944 would perhaps have deemed the rather diminutive motherly figure of Helen Duncan to be a threat. It was during a séance in which Helen Duncan went into trance that the spirit of a dead seaman materialised wearing the cap bearing the name of his ship HMS Barham. The sailor had drowned when the ship was sunk by the enemy. At the time The War Office specifically denied that the ship HMS Barham had been sunk and the families of the crew believed that all were alive and well on a secret mission. So the evidence presented by the materialisation of the dead crew member of HMS Barham directly contradicted the official story which was, in blunt terms, a deliberate lie. It could be argued that this lie, this untruth, was being promulgated to protect the nation and put the enemy on the wrong foot. Whichever way one looks at it the lie was just that and Helen Duncan, in trance, had done no more than allow spirit to tell the truth. The truth though is, as a man said, the first casualty of war and poor Helen, being an innocent victim of the system, was subjected to persecution to prevent her from potentially presenting damaging evidence, albeit innocently, that may have offered injudicious aid to the enemy. So though Helen was not in herself a spy , she was an uncontrolled conduit between the spirit world and this offering insights into what had happened and what was to happen immediately ahead. As the invasion of France or D-Day was being planned the authorities must have decided they could not risk Helen’s spirits disclosing information and so, on trumped up charges related to the antiquated Witchcraft Act of 1735 she was imprisoned. Now they say it is not in the better interest of the public to grant the woman they effectively murdered a pardon.  Michael Colmer fought a hard fight for poor Helen, well done old friend and enjoy the promotion you earned so well.

HMS BARHAM Having Been Torpedoed.

I realise that my own personal efforts to tune in and materialise spirit are not as yet in the same league as the amazing Helen Duncan but of late I have been experiencing the materialisation of faces in and around my head, hair and shoulders. These images of spirit are capable of being captured on camera by my wife Mary who is herself a sensitive lady with mediumistic powers that she is very cautious of allowing. I include in this column a photograph taken by Mary of myself in the woodlands of the Lake District that shows quite clearly the face of a spirit materialising at the side of my head. There are a number of photographs taken around the time and another shows the same face in a somewhat different aspect proving beyond reasonable doubt that this is not a trick of the light but a genuine materialisation. 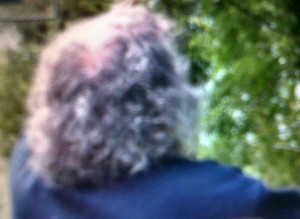 I personally have absolutely no doubt that the spirit world can and frequently does use mediums and psychics to materialise. Please if you dear reader have evidence then do contact me, email or call me and send me your photographic evidence. There are many strange things happening and about to happen in this rather difficult world now. We have right now all across the globe from nation to nation the greatest depression in living memory. There has been nothing like this since the 1930s and we all know what happened then, World War. I am not predicting a war BUT there is one certain way that history shows us ends all depressions, great conflagration, such as the Great Fire of London in 1666, the French Revolution of (1787-99) the first World War (1914-18) and WWII (1939-45).  We live in interesting times.