A question I am frequently asked by individuals that come to me for private consultation is this:  How is it possible for you to see the future when it has not as yet happened? The answer I give is this: what we perceive of as being reality is restricted or limited by our faculties. That is, as a general rule, we rely on our five senses: Taste, Touch, Vision, Sound, and Smell. You will agree that we can not see a radio wave with our eyes but you would also accept that they exists as when you tune in your radio using an aerial or antenna you can hear whatever is being broadcast. It is the same with your television, again we can not see the signal but it exists in the same way that a radio signal exists. So it is with your mobile telephone or other device such as an Ipad. The key to unlocking the transmissions is the device needs to be tuned in. So it is with the dimensions that we perceive using our five senses, Width, Height, and Depth. In physics this is termed ‘three dimensional Euclidean space’. We tune in to this space using our five senses. However, it is my belief that there exists a fourth dimension that occupies space parallel to Euclidean space and the name of that dimension or plane is The Etheric.

Within the Etheric plane there exists I believe, through personal experience and extensive study, astral sentient entities that can and do communicate with certain incarnate human beings. I say astral entities as some, though not all, have never been incarnated in human form. Some astral beings are of other higher dimensions and enter the Etheric plane to guide and direct those whom they communicate with.  The Etheric dimension is not a place of permanent residence, it is more a kind of intermediate plane between the material and the spiritual. It was the Theosophist Madame Blavatsky who first wrote of The Etheric. According to Theosophical teaching The Etheric occupies a plane which corresponds to the physical plane. It is by gaining access to The Etheric that human beings can communicate with evolved astral beings from other dimensions thereby acquiring knowledge and information that may, in some instances, contain details of events on this material plane that are yet to take place. That is the answer, that is how I and all other genuinely gifted clairvoyant psychics are able to foresee the future.

My personal experiences of exploring the etheric began when I was a child aged six years. My parents were rather strict and each evening I was required to go to bed before 7pm and remain in my room, in fact they locked the door. I recall it was a summers day, outside the sun was shining and I lay on my bed wishing I could play in the garden, but I was not allowed to. My bedroom had flowered wallpaper and out of boredom, as I lay on my bed, I began counting the flowers. I know now that what I was in fact doing was a form of meditation, distracting my mind by giving it a mundane task. The result was that suddenly I was no longer a little boy locked in his bedroom, I was flying through time and space into another dimension.

I can clearly recall the land I arrived at having left my six year old boys body behind me, it was a sandy desert and I saw a large powerfully built man standing on a raised wooden platform. This man was directing hundreds of near naked dark skinned men to heave and haul huge stones from a boat on the river dragging them on tree trunks over the sand. I looked at this man and saw he had scrolls in his hands then, I found myself entering his body I went in through the middle of his back and I became that man. The felling was incredible, I was strong, my mind was clear and when I spoke the people around followed my directions. This experience continued for some time until I awoke back in my room and it was the dawn of the next day. When I told my father what I had seen he became quite angry and said that on no account was I to speak of this again as it was the work of the devil. This really scared me, I knew nothing of satanic forces nor had I any dealings with demons. What had happened to me I could not understand and now I was cautioned never to mention it.

The experience of traveling into the Etheric continued over a period of weeks. Each night I would stare at the wallpaper, count the flowers and find myself transported to that mysterious land where I became a big strong powerful man. Each morning I would wake with the memory in my mind and unable to tell anyone. The strain of keeping that amazing adventure to myself made me ill and I began to start falling down in a kind of faint. I remember collapsing at the top of the stairs in our house and falling from the top to the bottom. My parents took me to the medical centre and the Dr. there advised it was nothing extraordinary and I would grow out of it. Meanwhile I continued to travel nightly into another dimension, until suddenly it stopped. I recall trying to find the hidden pathway by counting the flowers but it did not work.

In the year 1990 a Psychic Medium came to see me and said that the spirits had directed him as I was to be his manager. That man was James Byrne and I did indeed manage his career as a professional stage and television/radio psychic. I also wrote his biography ‘The Psychic World of James Byrne’. Interviewing James in the process of writing the book he told me how as a child his father would beat and punish him then shut him up in a closed room. Within his room James, as a terrified young boy, began to experience communication with discarnate spirit entities.

Exploring the Etheric requires one to first find the door or pathway. Many psychics I have spoken with have told me stories not too dissimilar to my initial experience and that of James Byrne. Obviously as adults we will not likely find ourselves locked into a bedroom, unless that be a prison cell (heaven forbid). Though the late Nelson Mandela is reported to have told the guards at his jail that it was they who were in prison, he could, he said, transport himself through time and space to anywhere on Earth. No doubt what Nelson Mandela  was referring to was his practised technique of Astral Travelling.  That is he had discovered the key to freedom by accessing the Etheric dimension in his Astral Body. That is no doubt what happened to me when I was a child of six years. With James Byrne it would be the trauma of being abused that opened the invisible door allowing him to experience communication with evolved entities.

Today I practice meditation to enable my spirit to access the Etheric and I find that when the angelic beings require my attention they direct me. I pay close attention to their directions as there is a reason for them and it is my duty to comply to the best of my ability. One recent direction I received was to speak and write about the Etheric to encourage all to explore that parallel dimension and thereby acquire the truth they are seeking in life. 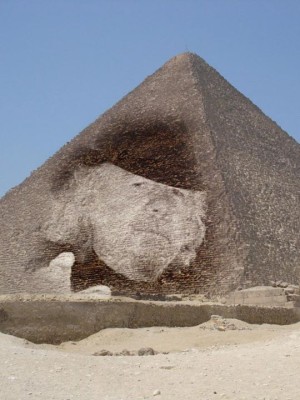