John G. Sutton is an internationally published author/poet/songwriter and is best known for always being in deep water. Thorsons/HarperCollins commissioned John in 1992 to write the biography of the psychic-medium James Byrne who had approached him for management following messages from beyond. The book titled ‘The Psychic World of James Byrne’ sold well and James featured in his own stage show A Psychic Experience at The London Palladium with John as his personal manager. 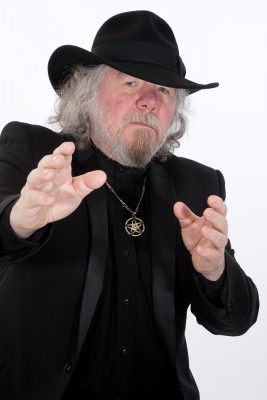 In 1996 John was commissioned to write a book titled ‘Psychic Pets’ by the managing editor of Bloomsbury Books one Barry Cunningham. The book became an international best seller and in the USA was published by Scholastic. In Germany it was translated and published by Karl Uberreuter.  At the offices of Bloomsbury in central London John met J. K. Rowling, she had just been commissioned to write the first Harry Potter book by the same editor Barry Cunningham. As you may be aware Ms. Rowling is now a billionaire and John, well he isn’t yet. 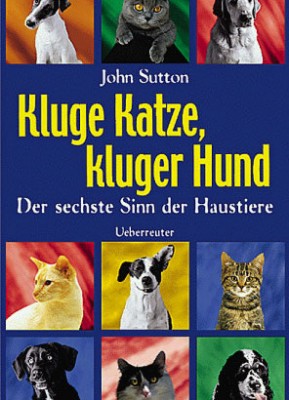 Following the publication of ‘Psychic Pets’ John was asked to tour the UK media circuit appearing on many of the UK’s most popular chat shows such as ‘This Morning with Richard & Judy’. John also toured the USA appearing in New York on network USA TV for Fox News and the Walt Disney Corporation flew John to Florida to Disney World. There John appeared at The MGM Theatre filmed live for the Disney show Petsburgh USA screened on The Annimal Planet channel. 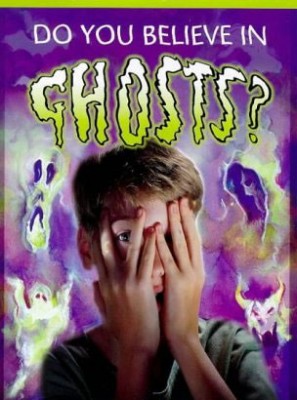 When Barry Cunningham left Bloomsbury Books to take over as managing editor at Element/Penguin Publishing he asked John to join him and there followed three further commissions for children’s books: ‘Animals Make You Feel Better’, ‘Star Signs For You And Your Pet’ and ‘Do You Believe In Ghosts’. 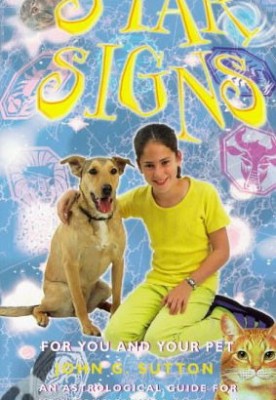 John was then approached by the psychic-medium Derek Johnson who uses the stage name Acorah, he asked John to become his personal manager. There followed a commission from Piatkus Books for John to write a biography and psychic development book titled ‘The Psychic World of Derek Acorah’. John also negotiated with Granada TV for appearances by Derek on their network Granada Breeze. Following a USA visit by Derek organised by John that included an appearance at The Vogue Theatre on Hollywood Blvd produced by John and two DVD films co-produced by John it was time for Derek to go his own way. 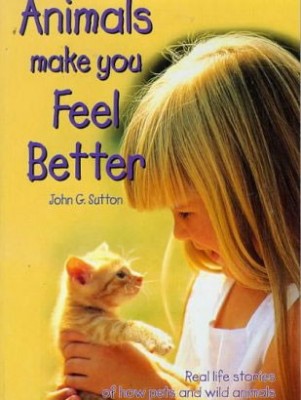 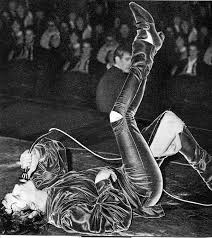 P J PROBY on stage in January 1965 having ripped his trousers. He was accused of exposing himself to the audience and was subsequently banned in the UK.

In 1990 John founded J’Ace Records and released the song as a 12″ Single. This was followed by an 11 track CD ‘Thanks’ featuring P J Proby the one time pant ripping pop singer from Texas USA. 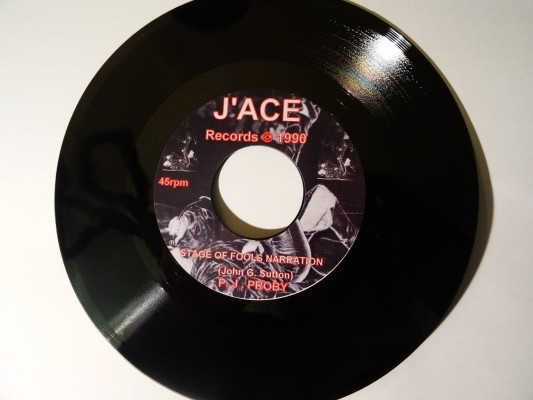 The above video clip from ITV UK shows John with P J Proby in September 1990 when the single STAGE OF FOOLS was released. However due to difficulties between John and Jim Proby the project was not a success. The recordings can still be heard on YouTube and purchased on Amazon or Ebay. 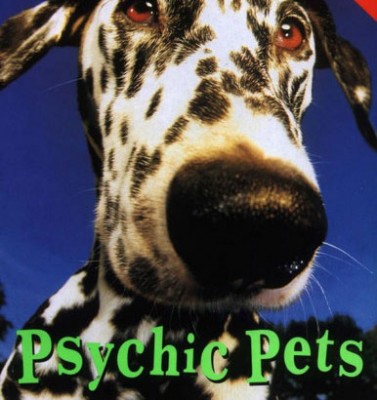 John has been the feature editor of Psychic World the newspaper of Spiritualism since 1993 and still is writing a regular monthly column. John is also the webmaster and owner of the website WWW. Psychicworld.net which features many of his columns in the blog there.

During 2012 John was invited to Budapest, Hungary to feature in a TV series titled Psychic Readings Live screen on network Ireland TV3. John did eight two hour shows featuring his psychic powers and was invited back to film again but the programme was cancelled.

In December 2012 John wrote a biography of the UK TV Psychic Wayne Isaacs and this is titled ‘I’m Not Mad, I’m Psychic’ the book is available on Amazon Kindle and in paperback. The book currently has 31 Five Star Reviews. 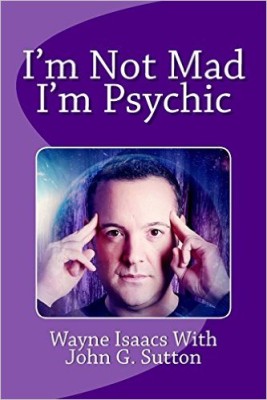 Listen to Wayne and John G Sutton on THE KEVIN MOORE SHOW discussing the book and the mystical world of psychic powers.

John’s latest book is the first in a series of autobiographical books based on his time working as a jailer in prisons such as HMP Wormwood Scrubs and Strangeways. The ititle is ‘PSYCHIC SCREW’ you can expect these books to be tough, rough a really exciting true life crime and supernatural life story that will astound all. 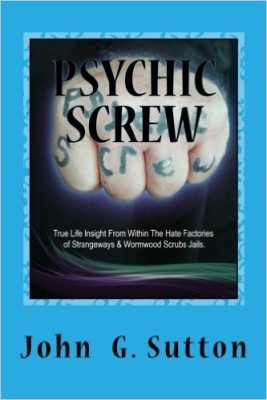 The books are all available on Amazon just search under my name John G. Sutton in the Books section. The Psychic Screw title is my most recent and is part of a series about my time working within the hate factories they call H.M. Prisons.